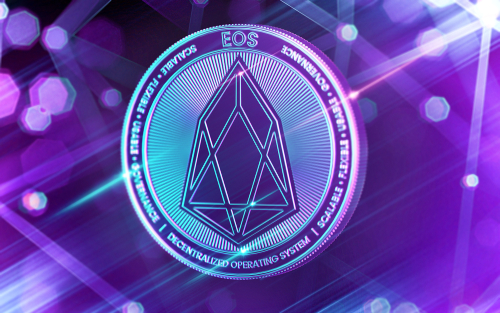 The EOS Network announced in a blog post on Wednesday, September 21st, that it has successfully completed its consensus upgrade to Antelope Leap 3.1.

This latest development means that the EOS Network is no longer tied to Block.one and Bullish.

Block.one was the team behind the development of the EOS blockchain when it was launched a few years ago. EOS was previously one of the top 10 cryptocurrencies by market cap but has failed to keep up with the competition over the last two years.

According to the team, the switch to Antelope Leap 3.1 will see EOS block producers who operate the public network formally adopt code solely developed under the helm of the EOS Network Foundation (ENF).

The code for the EOSIO public network was maintained by Block.one, later acquired by digital asset exchange Bullish.

Antelope is an open framework for building fast, secure, and user-friendly Web3 products and services.

“Today is the hard-won culmination of our efforts to secure independence for the EOS blockchain. Thanks to the EOS Block Producers—through their trust, support, and their technical prowess, the ENF has been able to proceed unhindered in our mission to deliver value to the EOS Network. Thanks to a diverse and resilient community, the momentum we have been steadily building, is now a force to be reckoned with. This is a great victory, but we can’t bask in our own glory for long, we have to keep moving! What becomes of EOS next, is what we make of it.”

The EOS community decided to move away from the EOSIO code following the resignation of Dan Larimer, the project’s loss of core engineers, a short-lived EOSIO for Business campaign, and the switch of several EOSIO engineers to Bullish related development.

EOS is up by more than 1% in the last 24 hours and is trading at $1.28 per coin. At press time, EOS occupies the 41st place in the cryptocurrency market in terms of market cap.

LG Electronics launches its NFT platform on the Hedera network

Rapper and actor Coolio – best known for his 1995 chart-topper ‘Gangsta’s Paradise’ – has died at the age of 59, according to his manager. Born Artis Leon Ivey Jr., the artist was pronounced dead on Wednesday after paramedics were called to a Los Angelis, California residence for an unspecified medical emergency, law enforcement sources told TMZ.

An official cause has not been determined, though a coroner is reportedly set to make a final conclusion following an autopsy.

Coolio’s manager, Jarez Posey, confirmed the death to multiple media outlets, including Rolling Stone, claiming that first responders suspect he suffered cardiac arrest. He added the rapper was visiting a friend in LA, but was found collapsed on the floor after failing to emerge from the bathroom for some time.

Embarking on a music career in the 1980s after coming up in Compton,..